Your Guide to Relocating to New Zealand

Moving abroad can be both an exciting and daunting prospect. Whether you’re a gap year student in search of adventure, a professional looking to relocate or a retiree starting a new chapter, New Zealand’s magnetic force attracts a wide array of people from across the globe.

Deciding you want to move to New Zealand is the easy part. As for the rest, it all starts with a bit of research. This guide will highlight some of the key factors to consider before you move.

New Zealand has a rich and diverse culture, with the first settlers known to be the Maori around 1000 years ago (although the date is disputed). Legend has it that the Maori arrived in canoes from their native ‘Hawaiki’ in Polynesia, making New Zealand their home. It wasn’t until 1642 that the Europeans reached New Zealand led by Dutch explorer Abel Tasman. British law was later established in New Zealand after an agreement between the British Crown and the Maori, bound by the signing of the Treaty of Waitangi in 1840.

Today, the Maori culture and influence is still prevalent, with the Maori making up approximately 14% of the population. Maori culture has influenced some of the unwritten rules which have become custom, such as taking off shoes indoors, blessing the food before a meal and greeting people with a kiss on the cheek.

Many New Zealanders are referred to internationally as ‘Kiwis’. This nickname has been thrown around since the First World War, and makes reference to the flightless Kiwi bird which is native to New Zealand.

Choosing the right visa to apply for is an important step in relocating. You may be eligible to apply for different types of visa, so whether you are looking to work and travel on a working holiday visa, earn your residence from 2 years of work, or are a skilled migrant, there is a lot to consider. These visa types along with temporary visas and work visas come with eligibility criteria which can be viewed from the New Zealand Immigration website in greater detail.

The skilled migrant visa operates on a points based system. Factors such as qualifications, work experience and age come into play in addition to English language and health requirements.

New Zealand was voted the best place in the world to raise a family by the 2014 HSBC Expat Explorer Survey, but where are the best areas to live within the country?

Around half of New Zealand’s population live in the major cities of Wellington, Auckland and Christchurch, however in a study commissioned by Harcourts Thames, out of 3,455 people over the age of 18, only 28.2% of New Zealanders chose a ‘large city’ as  their preferred location to live.

Situated in the Bay of Plenty, North Auckland, the small city of Tauranga which marks the entrance to a natural harbour and is connected by bridge to Mount Maunganui, was one of the most popular destinations selected to relocate to from those surveyed.

Also highly ranked was Nelson, located on the South Island of New Zealand at the mouth of Tasman Bay. Nelson is a popular location for outdoor enthusiasts, with national parks, coasts and lakes right on your doorstep. As one of the fastest growing regions, Nelson’s economy is driven by forestry, fishing, horticulture and tourism.

Smaller towns were another popular choice among respondents. Notably those situated within the Marlborough Sounds, Coromandel and the Southern Lakes.

Residents of New Zealand benefit from a low cost public health system as a result of heavy Government subsidies. Although taking out medical insurance for private healthcare is an option, not many opt for this additional cover. To top it all off, treatments for injuries that occurred as a result of an accident are free!

In a cost comparison between living in London and living in Auckland, New Zealand, Auckland comes out on top as the most affordable location. However, although the cost of rent and eating out are cheaper in Auckland, grocery prices are 2.35% higher than London. With rent prices being 52.33% cheaper in Auckland and a difference in price per square metre when buying a city centre apartment of -78.28% in comparison to London, the price difference in groceries seems suddenly insignificant.

The main banks to look out for include Commonwealth Bank, Westpac and Australia & New Zealand Banking Group.

Ranked 10th largest in the world, New Zealand boasts a coastline of 15,134km. It’s therefore no surprise that the country is known for its seafood, producing over half of the world’s king salmon!

If you’re after a more cultural experience, the Maori hangi won’t disappoint. Used by the Maori for over 2000 years, the hangi is a cooking method that traditionally uses flax leaves to wrap the food before it is placed on hot stones at the bottom of a pit dug for the occasion. The hangi method allows you to work up an appetite, taking 3 to 4 hours to cook. A wide range of food can be cooked using this method, from popular meats such as lamb and pork to root vegetables like sweet potato.

Globally recognised for its high quality, roast lamb is one of New Zealand’s biggest export meats.

Despite being known for its high temperatures compared to other countries around the world, New Zealand, like everywhere else, has no escape from seasonal changes. Spring in New Zealand starts in September and lasts through to November. You can expect anything from cold and crisp to bright and sunny.

Summer lasts from December to February and depending on what part of the island you are on, temperatures can range from 12-25 Celsius.

The month of March signals the start of autumn and brings with it slightly cooler temperatures, but you can still expect up to 21 Celsius!

Winter in New Zealand runs from June to August and with the change of the season comes the rain and colder weather, with snow covering the mountain ranges, creating ideal conditions for skiing enthusiasts.

After the big screen blockbuster success of The Lord of the Rings in 2001, tourists have flocked to New Zealand to see the land of Hobbiton and Middle-earth. Since then, The Lord of the Rings has become a trilogy, drawing more fans to the islands to visit the original Hobbiton movie set where The Hobbit trilogy was also filmed. Many trips and experiences inspired by the trilogies are also available.

If you’re a fan of sport then why not take in a game of rugby? Rugby is a core component of New Zealand’s identity, and the success of the national team is a point of national pride. The All Blacks are not just renowned for their sporting prowess, but for their pre-game ritual of performing the haka, a Maori dance which they perform with precision and intensity. Since 2005, the All Blacks have performed a new haka called ‘Kapa O Pango’, which is for and about the All Blacks.

If you’re considering a move to New Zealand, Clockwork’s dedicated International Service Centre and International Move Managers, across the UK, can help get you there. Contact us today to discuss your requirements.

We are now operating a full service for the whole of the UK, whilst prioritising the safety of our staff and customers. Our free, professional video surveys are available to customers for a contact-free service. Please read Covid-19 Safety Procedures. 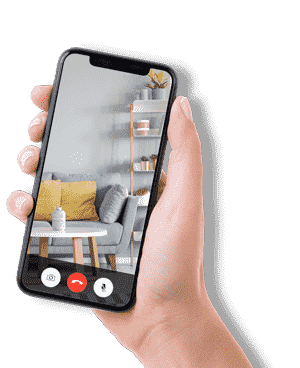