It’s officially Halloween as of next week so we thought it would be a great idea to look at some of the most haunted houses, castles and cathedrals found within Scotland. So if you’re looking to visit some spooky sights, or you just love a good ghost story, keep on reading to find out more. From everyone at Clockwork Removals we would like to wish you a Happy Halloween.

Built in 1158 St. Andrew’s Cathedral, a Roman Catholic ruin, is now a major tourist destination for the small Fife town. The ruins indicate that the cathedral was the largest in Scotland as it was around 119 metres in length. In 1559 it was ransacked and destroyed by a protestant mob and it never recovered causing it to fall into disrepair and provided the quarry for which the town to be built upon as we see it today.

Over the past 200 years the White Lady has been sighted on numerous occasions, normally during the cold and dark autumn months. She is said to wander the two-storey wall tower, sometimes waving a white handkerchief from the window. The mystery was partly resolved in 1868 when two stonemasons who were doing some construction work discovered coffins within the tower. One of the coffins laid open to reveal a lady dressed in a white gown with white leather gloves. This spooky tale is enough to frighten many people and deter them from passing by the tower after nightfall.

Found in Ayrshire, Loudoun Castle was first built in the 15th century with several parts extended in the 1600s. During the Second World War the castle was used by Belgian troops, leaving it torched, gutted and ultimately ruined. The ruin which was left was astonishing and acted as a focal point for a theme park built just ten years ago.

The castle had its very own chapel inside which is why many people have since sighted the Black Monk with his presence accompanied by the foul smell of rotting flesh. Although this could just be a spooky tale Loudoun Castle is still an eerie sight with its abandoned theme park rides. So whether you are looking out for the Black Monk or you just want to see a creepy old amusement park Loudoun Castle is definitely a haunting place to take a trip to.

Located just outside Inverness, Cawdor Castle was built in the late 14th century. The castle looks like something straight from a fairy-tale with grey sandstone, plenty of turrets and a stunning sweeping lawn. The castle has been home to many families over the past 600 years and is now a great day out for tourists who are looking to learn a bit about the history of the building.

Many people have sighted a ghost who appears to resemble a girl with no hands. The story goes that the Earl of Calder, who once owned the land, found out that his daughter was having romantic relations with a boy from the enemy clan. When the Earl confronted his daughter she ran in fear through the castle when she then attempted to escape through a window. The Earl severed her hands which caused her to plummet to her death. Her ghost is said to still remain in the building so if you’re looking to see some spirits head to Cawdor Castle.

Our final spooky location is the infamous Edinburgh Castle which is home to many ghosts and spirits. With Edinburgh being named the most haunted city in Europe it’s no wonder that tourists flock to the area to catch a glimpse of a ghost. A historic fortress that dominates the skyline, Edinburgh Castle was built back in the 12th century.

There are various tales about the ghosts found within the castle from the headless drummer boy, to a haunted piper, and even a dog. All of these figures have been sighted over the years by tourists but their true identities are unknown. To find out more about the history of Edinburgh Castle and the ghosts themselves take a trip there for a spooky experience.

If you’re looking to move house over the Halloween season we can help you move quickly, calmly and efficiently. Get in touch with us today for your no obligation quotation. Give us a call on 0800 195 8671 or click here. 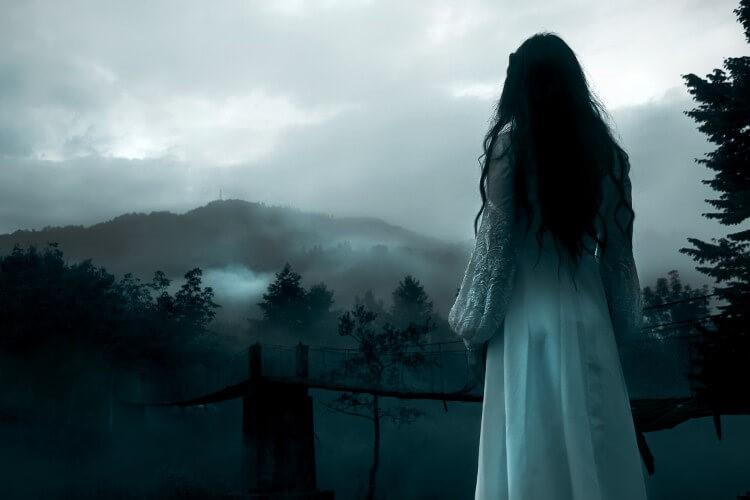